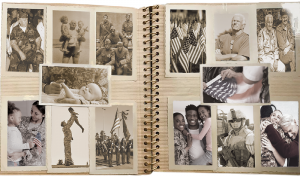 Thousands of individuals have filed Camp Lejeune water contamination claims under the Honoring Our PACT Act, signed into law by President Biden in August 2022. The law opened a two-year window for people to file claims related to injuries and illnesses from exposure to contaminated water on Camp Lejeune. Plaintiffs are military servicemembers, their families, and civilians who were injured as a result of exposure to water polluted by toxins while they lived or worked on base for 30 days or more between 1953 and 1987.

But well before the PACT Act was passed, many plaintiffs had already filed claims; which were denied by the U.S. Navy and dismissed by the Courts. Now, claimants whose claims were previously denied or dismissed are arguing that they should not have to “re-exhaust” the administrative process to get their claims in front of a judge.

The new law requires plaintiffs to submit their claims to the U.S. Navy, and upon denial of that claim—or failure by the Navy to resolve the claim within six months—the claimant may file their lawsuit against the Federal Government in Federal Court under the Camp Lejeune Justice Act. Many plaintiffs are now arguing that they previously met those requirements, and should be able to file their lawsuits without jumping through any more hoops.

Who Is Eligible to File a Camp Lejeune Injury Lawsuit?

In order to be eligible to file under the Camp Lejeune Justice Act, claimants—including veteran service members, their families (even those who, at the time, were exposed to the tainted water in the womb), and civilian workers—must have lived or worked at Camp Lejeune between 1953 and 1987 for at least 30 days (in the aggregate), and have had cancer or other serious injuries, such as aplastic anemia, cancer, leukemia, multiple myeloma, Non-Hodgkin’s Lymphoma, Parkinson’s Disease, Scleroderma, infertility or miscarriage.

What Should I Do if I Think I am Eligible to File a Camp Lejeune Injury Lawsuit?

If you lived or worked at Camp Lejeune in North Carolina between 1953 and 1987 and believe your cancer or other serious injury was caused by water contamination, call us today. Grant & Eisenhofer P.A. attorneys can evaluate your potential claim with you during a completely free consultation. Call us at (888) 984-7988 or fill out our contact form to speak with an attorney about your potential case.