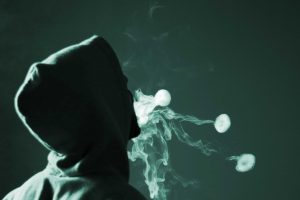 Electronic cigarettes, known as vaping devices or vape pens, are battery-operated devices that people use to inhale an aerosol. Aerosols often contain nicotine, flavorings and other chemicals. Popular among teens and young adults, vaping is now the most commonly used form of nicotine among youth in the U.S. However, vaping has been linked to serious lung illnesses and even death in vape users nationwide. Many individuals have filed vaping and Juul lawsuits to seek damages.

Lung injury associated with e-cigarette (vaping) product use is known as EVALI. This type of lung injury has led to the hospitalization of nearly all patients. Vaping lung disease symptoms include:

After thousands of vaping illnesses and dozens of deaths have been reported due to vaping related lung illnesses, the American Medical Association has called for a ban on these products. The Centers for Disease Control and Prevention (CDC) identified vitamin E acetate, an additive in some THC-containing e-cigarettes, to be associated with many of these illnesses and deaths.

Who Is Eligible to File a Lawsuit?

If you or a loved one suffered a vaping related illness or died from a vaping illness, you may be able to file a legal claim and potentially receive compensation. Please call us at (866) 333-3895 to discuss your potential claim. We offer free consultations.