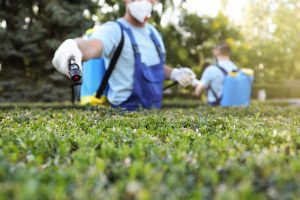 Paraquat is a toxic chemical herbicide that was created in the 1960s. It is used worldwide to control weed and grass growth. Companies such as Chevron Chemical Company, Syngenta, Growmark and others have sold paraquat-based herbicides including commonly-purchased Gramoxone (manufactured by Syngenta). Marketed and used for decades in the U.S., paraquat has since been banned in several countries.

Exposure to paraquat has been linked to Parkinson’s disease. Lawsuits have been filed on behalf of farmers and other workers who were exposed to paraquat and subsequently developed the central nervous system disorder. Plaintiffs claim that they were not warned of the alleged dangerous health risks associated with the herbicide.

For over a decade, studies have suggested the increased risk of Parkinson’s disease via paraquat exposure:

Who is at Risk?

These individuals exposed to paraquat-containing herbicides/pesticides may be at risk for developing Parkinson’s:

Who Is Eligible to File a Paraquat Lawsuit?

If you or a loved one handled or used an herbicide or pesticide containing paraquat and were later diagnosed with Parkinson’s Disease, you may be legally entitled to compensation. Schedule a free consultation by calling (866) 962-6479